Early in the spring of 1875, a meeting was held at the home of William Andrew Mitchell and James Barbour, with Mr. Ashdown as a secretary- treasurer. Mr. Barbour suggested “Balmoral” as the name of the school after the Balmoral Castle in Scotland. Mr. Hyde donated a square of land just east of Jackfish Creek and South of the present East-West road. With volunteer labour , the new log school was build. There was only a chair and a table for the teacher in the school. The morning the school was open, Robert Andrew and Mr. Ashdown went to the school early and made some benches for the students. That same year, Mr. Ashdown went to a school in Winnipeg and obtained seats for the students, a desk for the teacher, and some world maps for the classroom.

Joseph Wells was the first teacher. Other teachers were: Mr. Shore, Mr. McIntoch, Mr. MaKenzie, Miss Jenny Wells and Miss Fanny Crooks. Teachers changed a lot, but they were not hard to find.

After a few years, Balmoral’s log school was too small. On the South-West corner of the present school grounds, a larger school was build. This school was known as Balmoral’s second school. In 1914, the Balmoral Consolidated School was built using bricks from the Balmoral Brick Company. The two storey school had two large classrooms on each floor with a single classroom in the basement. A library was located on the first landing of the stairway.

With the consolidation of the school district, the teaching staff was enlarged and grades 1 to 11 were taught. Between 1922 and 1949, grade 12 was occasionally offered. Kindergarten was included for the firs time in 1989. In 1958, with the establishment of the Interlake School Division, students from grade 11were transferred to Stonewall, followed by grade 9 in 1961. The present school, built in 1976, had classrooms, a science lab, library, and a gym for grade K to 8. 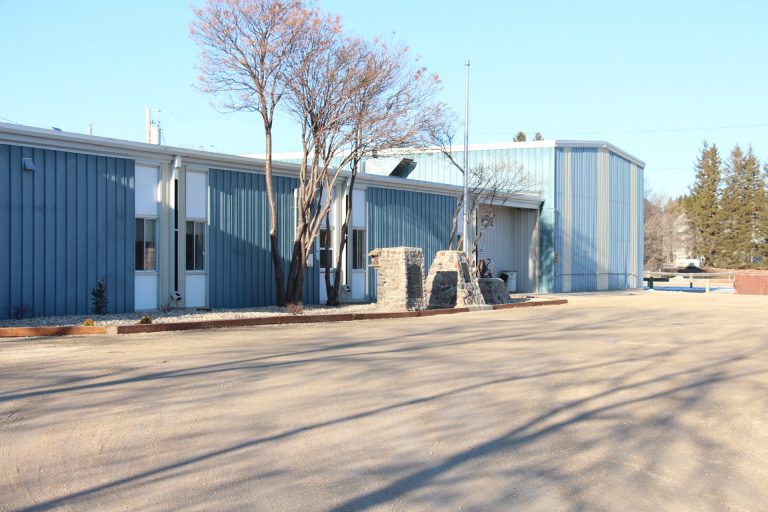